Evgeny Khorov received his BS and MS degrees with honors from Moscow Institute of Physics and Technology (MIPT) in 2008 and 2010, respectively, and Ph.D. degree in Telecommunications from Institute for Information Transmission Problems of the Russian Academy of Sciences (IITP RAS) in 2012. Currently, Evgeny Khorov is the Head of Wireless Networks Lab established within a Megagrant Project and Acting Deputy Director at IITP RAS. Also, he leads the Telecommunication Systems Lab at Higher School of Economics (HSE). Evgeny Khorov has developed numerous mathematical models of networking protocols and designed several algorithms and protocols described in over 150 papers, some of which received Best Paper Awards from IEEE ISWCS (2012), Elsevier Computer Communications (2018), and IEEE PIMRC (2019). Evgeny has also received the Moscow Government Prize for Young Scientists (2013), Russian Government Prize in Science and Technology for Young Scientists (2016), and Scopus Award Russia (2018).

Evgeny has led many national and international projects sponsored by academia foundations (RSF, RFBR, Ministry of Science and Higher Education) and industry. For breakthrough results of the joint industrial projects, in 2015, 2017, and 2018 he was awarded Best Cooperation Project Leader. Evgeny Khorov is also a voting member and contributor of IEEE 802.11 that develops and standardizes Wi-Fi. He designed several improvements included in the 802.11ax standard, aka Wi-Fi 6. He also initiated activities in 802.11 towards the support of real-time applications, which is currently a target for 802.11be, aka Wi-Fi 7.

In 2015 he studied Wireless Internet of Things as a Visiting Research Fellow in King's College London. As a Deputy Chair and Associate Professor at MIPT, Evgeny Khorov is responsible for the Telecommunication Program. He is also an Associate Professor at Moscow State University. He supervises BS, MS, and Ph.D. students. Two of his students, V. Loginov and A. Kureev, have received awards at telecommunication Olympiads. Apart from that, Evgeny Khorov has developed new courses on Wireless Networking Protocols.

Evgeny Khorov gives keynotes & tutorials and participates in panels at large conferences (incl. IEEE PIMRC 2019 and 2017, IEEE Globecom 2017, IEEE ICC 2016, ISWCS 2014, NEW2AN 2018 and 2021). He is a TPC Chair of the IEEE Globecom 2018 Workshop on Cloudified Architectures for 5G and beyond Systems, IEEE BlackSeaCom 2019, Executive Chair of WiFlex 2013. He serves as an expert of Russian Academy of Sciences, Russian Science Foundation, and Research Foundation - Flanders (FWO). Also, he is a recepient of the Ad Hoc Networks - Editor ot hte Year 2020 Award. Apart from that, he was elected as a Member of Academic Council of IITP RAS ans NRU HSE

Other journal papers and book chapters 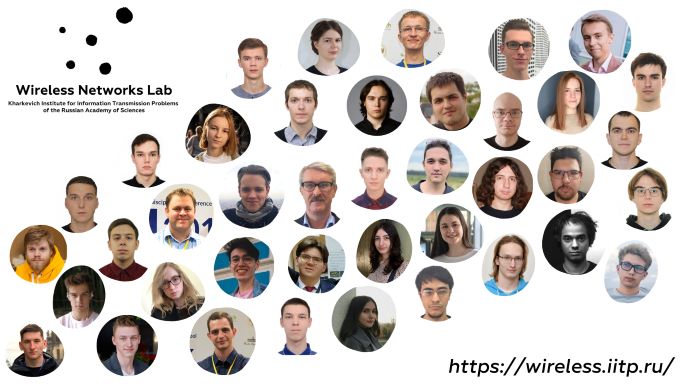 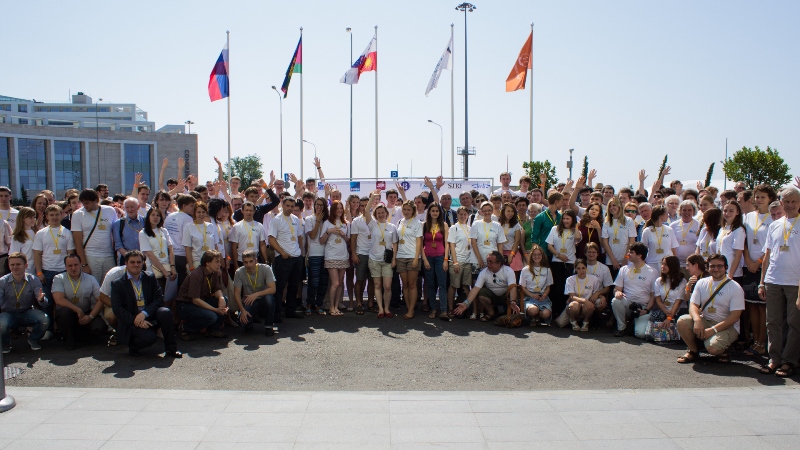 Evgeny Khorov served as the TPC Chair for IEEE GlobeCom 2018 Workshop on Cloudified Architectures for 5G and beyond systems, and BlackSeaCom 2019, IAB Workshop on Measuring Network Quality for End-Users.

In 2013 Evgeny Khorov organized the International Workshop on Wireless Access Flexibility (WiFlex). Worshop proceeding has been published by Springer.

In 2014, 2015 and 2016 Evgeny Khorov was the Executive Chair of the "Information Technologies and Systems" (ITaS) Conference. He has extended program committee and increased the conference audience by 50…100% with respect to previous years. Held in Sochi, the 2015 edition was attended by 217 participants. It included 33 keynotes by leading scientiests from Russia, US, EU, and Asia. In adition to oral presentations, there were 75 posters. The 2016 edition gathered over 300 participants in St.-Petersburg.